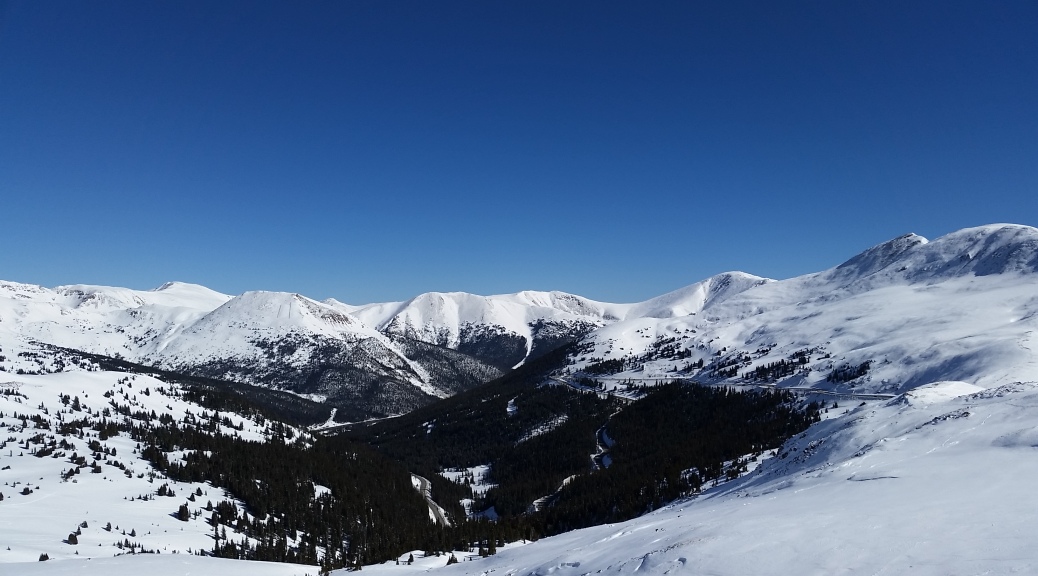 David and I decided to stay over-night in Colorado’s beautiful Rocky Mountains. After strolling around Breckenridge beneath the sun, grapple and falling snow (all in one hour), we stopped for an early dinner at Ember. David was the successful orderer this time. I ordered a “simple salad” with the description of heirloom tomato, pecorino cheese, and pesto. I expected slices of tomatoes and cheese. It turned out to be a plate of greens with two cherry tomatoes and some grated cheese. I also ordered the fish that could have used a few more minutes in the oven. David on the other-hand selected tasty shrimp and grits, but for his entrée he may have ordered the best venison I have ever tasted. It was tender enough to cut with a butter knife and was sans “gamey” flavor. Absolutely fantastic! Post dinner we stopped at a pub and played cards as I sipped tequila, and he sipped beer before turning in early.

Saturday called for a visit to Loveland Pass for David to get in a few backcountry boarding runs and then a visit to Nederland for Frozen Dead Guy Days. I’ve wanted to go to this festival for a while, but manage to forget about it or it is bad weather. My friend Kristin reminded me of it and Saturday was a Colorado blue bird day.

The annual festival started in 2002 in honor of Bredo Morstol, Trygve Bauge’s grand-father whose body was transported in dry ice to the United States in 1989 and then stored in liquid nitrogen at the Trans Time cryonics facility in California for three years. Bauge and his mother, Aud decided to relocate in Nederland to open a cryonics facility of their own. When Bauge was deported from the USA for overstaying his visa, his mother kept Bredo cryogenically frozen in a shack behind her home. 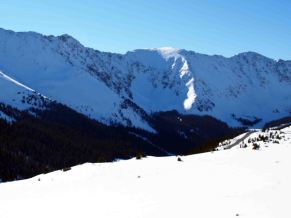 Eventually, Aud was evicted for living in a home without electricity or plumbing which is against city code. Aud, concerned that her father Bredo’s body along with two others would thaw along with two others, upon her eviction, told a local reporter who expressed her concerns to local officials. The story caused a sensation which ultimately led to the city banning the storage of bodies with the exception of Bredo who was grand-fathered.

Today, the festival takes place over the first full weekend in March. We only visited on Saturday for a few hours and found the festival quite entertaining. I would definitely go at least one more time after having learned a few tricks and also after having learned of additional events. It is actually possible to tour the Tuff Shed where Bredo is still frozen! I think I’d like to see the documentary about him too. I’m not sure when these events take place.

We came into Nederland from Loveland Pass (which I recommend as there wasn’t any traffic and we could park very close to town) which didn’t appear to be the case from Denver. We arrived just after 12 to see the parade of hearses and coffins. Each coffin team was dressed in costume from Vikings, to the Globetrotters, to cereal mascots. The hearses were decked out with skeletons, hot rod flames and more. For a parade, I found it more entertaining than normal. 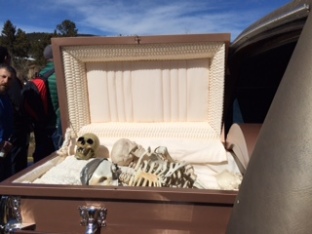 After the parade, we took a short stroll through town and then walked down to the park to watch the polar plunge. We ended up getting a great view despite all the people, but in preparation for the polar plunge and coffin races, it might be best to stay across the river from town and find a perch on the hill by the hearses to look down on the events.

The coffin races were hysterical. Teams of seven or so paired off and raced each other around a muddy course with mounds of snow obstructing their way. The self made coffins (some with skis on the bottom) carried a team member as most groups crashed at least once. Sometimes members just got left behind as they chased their team over obstacles to catch up. The pink team (I can’t remember their name) were five time reigning champions. They smoked their opponent, and I am assuming they won again, but we did not stay for the entire event. 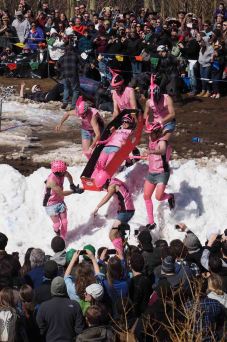 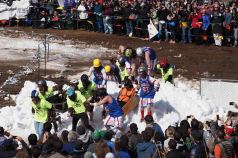 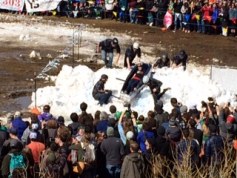 The festival lasts all day and into the evening with music, beer and food trucks, but we needed to get back to Denver as we were both traveling at the wee hours of the morning. It was fun to get a taste of the festival, and now we know the best way to visit on a sunny day! ETB 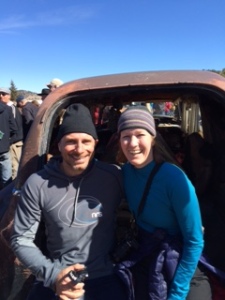