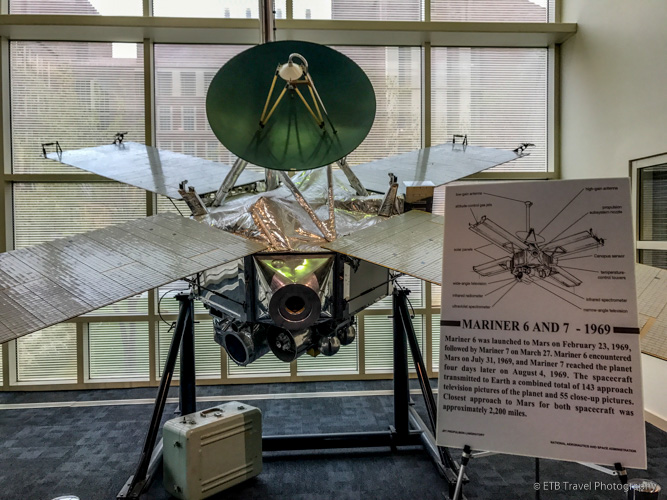 I’m currently taking an enrichment class at DU called, Robotics in the Solar System. It is a fascinating class where we are learning about different space missions to Mars, Pluto, Mercury, and Jupiter. Our instructor, Paul Hemenway, worked on the Hubble telescope for 18 years.

As part of the class, we do a field trip. As such, we visited LASP, Laboratory of Atmospheric and Space Physics at the University of Colorado in Boulder on Friday. Public tours are available, though they prefer groups of at least eight. Tom Mason, the Director of Communications and Outreach, is who provides the tour. http://lasp.colorado.edu/home/personnel/tom.mason/

LASP is a full-cycle space research institute and a leader in atmospheric and space research. The institute employs 397 professionals and 150 students. It raises on average $70 million in research money and grants from NASA and other organizations for CU Boulder.

LASP has a mission operations and data systems group that trains and certifies undergraduates to perform mission operations. Currently, LASP operates five different space missions for NASA including AIM, Kepler, SORCE, QuikSCAT, and MinXSS CubaSat. Mission operators monitor and control the spacecraft and their instruments. An example, might be that a camera is turned off to save power, or the solar panel is tilted toward the sun, or the space craft is rotated slightly to ensure the correct orbit around a planet. These missions take years just for the spacecraft to reach its destination.

In addition to operating space missions, LASP designs and builds instruments such as spectrographs that are used on the spacecraft. Currently, LASP operates over 125 different instruments on spacecraft missions. We got to see life size models as well as scaled down versions of some the spacecraft in which they have been involved. In addition, we saw some of their engineering and clean rooms.

Anyone interested in space would enjoy this tour! ETB

For notecards, key chains, or photographs, visit Notable Notecards or Niche Notecards on Etsy. A portion of the sales are donated to charity and a travel story is associated with each one.